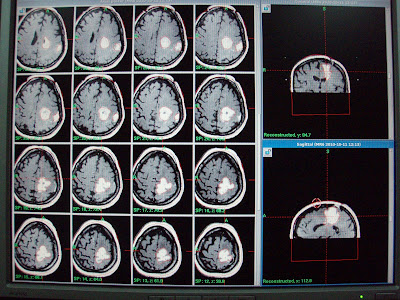 This 45 years old Lady had undergone left frontal Craniotomy in November 2009 on diagnosis of left frontoparietal  tumor,. On histopathology it was Anaplastic Oligodendroglioma, WHO grade III. She had tonic clonic fits and right hemiparesis. she had received Radiotherapy to left hemisphere using left lateral and posterior fields on 6Mv X-ray beam.  Total dose of 60 Gy in Multiple fractions of 200 cGy had received until March 1, 2010. Temozolamide as conjoined chemotherapy used for 6 weeks during radiotherapy and 3 cycles after one month of radiotherapy.

On referral, for She had presented progressive recurrence of right hemiparesis and fits since first week of April 2010. On Clinical examination, she had House Brackmann right facial palsy grade I-II and right hemiplegia. MRI brain with contrast had revealed multiple heterogeneous rim enhancing mass in the left parietal region with significant perilesional edema.  Patient referred us for management with GKSRS. Risk of GKSRS explained. These agreed upon wished to proceed. She had treatment with following prescription.

Multiple isocenters with 18 & 8 mm collimator used in APS mode. She discharged on tapering doses of Dexamethasone and advised follow up after 3 months. 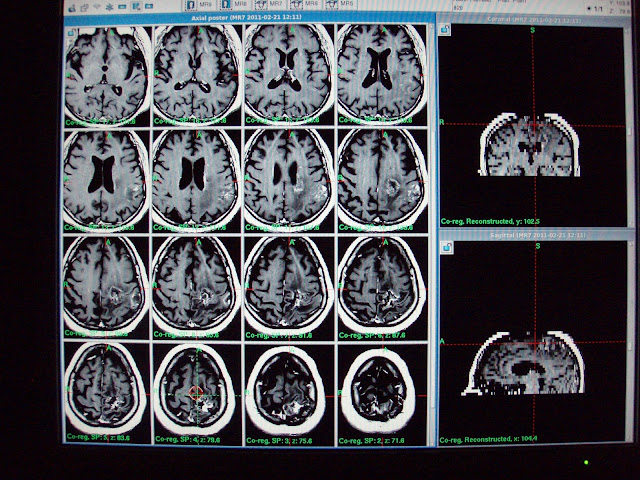 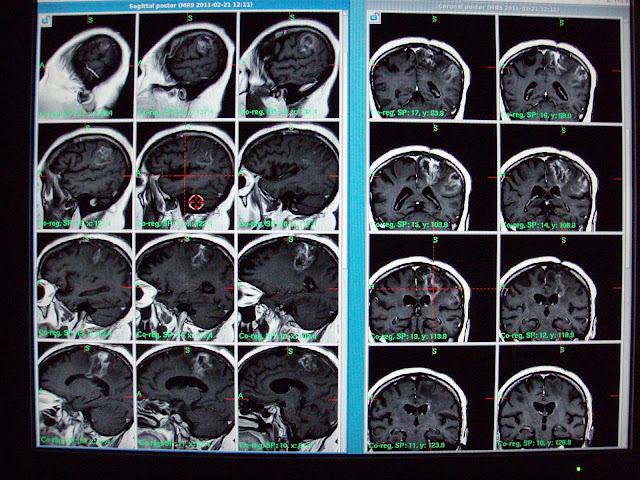 Follow up at 4 months significant  shrinkage of the tumor mass. 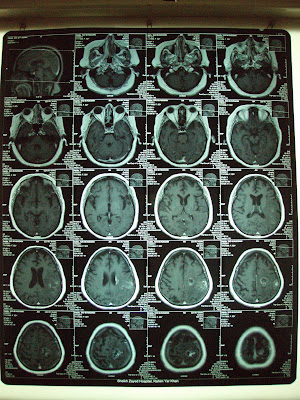 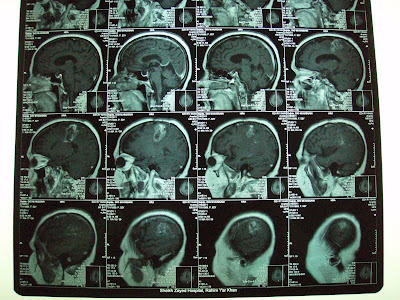 Follow up at 9 months shows further decrease in enhancment. 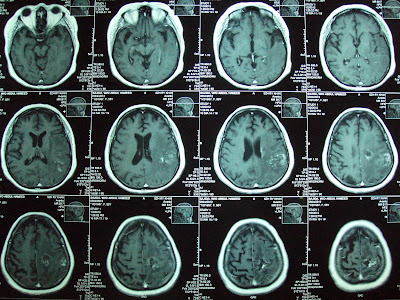 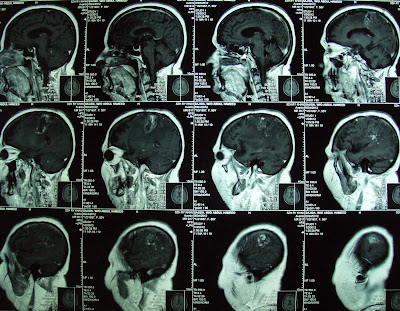 one and half year follow up:
Same clinical and radiological status as seen in last follow up. 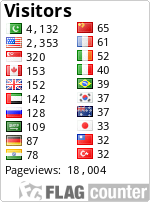